Ever since the outbreak of the global financial crisis after Lehman Brothers filed bankruptcy in September 2008, central banks across the globe have reacted with an unprecedented expansion of money supply. The profession is split on the assessment of those policies. While many deem it a necessary response that prevented a second great recession, other believe that the loose monetary was the fundamental reason behind the crisis in the first place and warn that new bubbles on the international asset markets have already started. Therefore, the empirical analysis of monetary policy, decision making of central banks, international impacts of monetary policy, and the accurate measurement of assessment of the indicators that drive the money market are more important that ever before.

On March 18th and 19th 2015 the School of Economics at Henan University (HenU) and the International Network for Economic Research (INFER) organized their first joint workshop on applied macroeconomics on those and related topics. The organizers welcomed more than 30 participants from China and the US, Germany, Spain, Serbia, Belgium, Switzerland, Japan, UK and Finland. 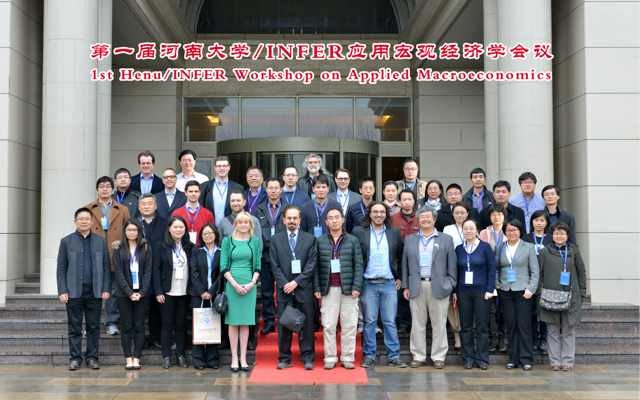